The Skinners' Company has a long experience of establishing, running and supporting excellent schools, notably in West Kent and is now responsible for eight schools:

Members of The Skinners' Company make up a significant proportion of each of the governing bodies of the schools.

Director of Education for The Skinners' Company 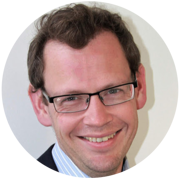 Ian  joined the Skinners’ Company in April 2021 as Director of Education, after several years with Ark and Ambition Institute promoting high-quality professional development for teachers. Ian and the Education Office team at Skinners’ Hall provide support, clerking and training for governors of all schools sponsored by the Company. Ian also supports collaboration across the family of eight Skinners’ schools, so that each school can benefit from the ideas, expertise and scale that come with being part of a larger network

For further information about The Skinners' Company, please click here.

Return to top of page